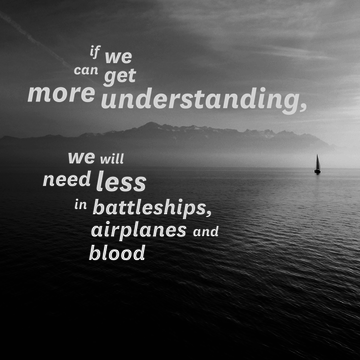 YFU Founder and long term Executive Director Dr. Rachel Andresen was recognized for her hard work and commitment to international youth exchange when she became a Nobel Peace Prize nominee in 1973. Her influence crossed borders and connected the world. Her belief in the young being the hope for a peaceful world was the motivation throughout all her incredible achievements. Prior to YFU’s conception, in 1948, Dr. Andresen was in attendance when the city lights of Amsterdam were turned on for the first time after the war. That moment of sudden illumination of the entire city was so impressive she vowed to do everything she could with her life “so that the lights would never go out again.”