In 2021 Youth For Understanding (YFU) celebrated its 70th anniversary. YFU started as a volunteer initiative created by Rachel Andresen and John Eberly to give adolescents a new perspective of peace and the prospect of a brighter world. With the goal of repairing relationships damaged during World War II, the first group of students left Germany to go on their exchange to the United States 70 years ago. This was the beginning of YFU, and since then, more than 270,000 students have gone on exchange with YFU, opening minds for a better world.

For each student, host family, and volunteer, the YFU intercultural exchange has opened a new chapter in their lives. This involvement has allowed them to experience first-hand the beauty of diversity and embrace it with empathy and understanding. It has been a new chapter that welcomed new experiences, amusing moments, lifelong friendships, cultural learnings, and people coming into their own individuality in the world around them. YFU is made up of each of these individual experiences!

The virtual storybook is a humble attempt to grasp the impact that YFU has had on individual lives for more than 70 years.

Thank you for your stories!

To open the Virtual storybook use "fullscreen" mode in the bottom right corner.

Share the Storybook with fellow YFUers or print it for your home library!

Making Friends Through YFU
“You saved my life.” I was surprised and happy when Rick said this to me. We were talking about how we became friends through hosting with YFU.
30th anniversary of this relationship
With my host sister, Ulrike, we have developed a deep bond that we have enriched through the years.
The best support abroad
Until I figured out that there are 14 more exchange students in the school! We were too lucky to find each other because each of us was outgoing.
First awkward moment to friendship
However, something was clearly wrong because I was hugging and she was not hugging me back and did not even react to me.
My YFU best friend was the love of my life?
This story begins the way it ends: good (or not so good?)
Travel buddies: Ayaka and Santiago
To her and my surprise, when she arrived, she saw me there as well, in the same club. It was so funny that we were doing the same exact thing without even planning it.
Roadtrip for a life
We kept crossing paths because both of us became very active as volunteers
Three musketeers
At the time I was really shy, didn’t wanted to take part in anything and just wanted to stay on my bed and read a book.

Report on the 2022 Youth Empowerment Seminar is out
Find out what were the highlights of this year's YES!
YFU Statement on the Conflict in Ukraine
﻿﻿We are deeply saddened about the conflict arising between Russia and Ukraine, and we stand in solidarity with the millions of citizens affected by these dark days.
Recap of 2021: a community feeling across the world
2021 is drawing to a close and with it the 70th anniversary of our worldwide network. It goes without saying that YFU has, like everything else in the world, been swept along by the tumultuous events of the past 12 months.
Donate for YFU USA cause
YFU USA expresses Thank you and invites to continue to donate for scholarships and organisation operations
Volunteering: A Core Value of a YFU Global Citizen
Long-term host father Stephen Rutherford from the US will share tips and tricks on how to enrich the exchange experience for students and host families through volunteering.
YFU France celebrate with multiple gatherings
In October, YFU France invited their regional coordinators and employees to meet in the National Office and celebrate 70 years of YFU.
War & Peace: The Intangible Effects of being a YFUer
For a long time, I’ve focused a lot of my education and free time on Armenian studies and activism. One day during this last war, I received an Instagram message from a volunteer from YFU Azerbaijan,
How my YFU experience has influenced my career
This sense of confidence propelled me to join the debating circuit in my university years. Debating then shaped my critical thinking and public speaking skills.
Happy International Volunteer Day!
Thank you to each one of you for your support to YFU!
My favorite part of volunteering is the people and sense of community
Today my primary driver is giving young people the opportunities I was given; to give back to the YFU community; and to work for a better, brighter and still peaceful future for my kids and their peers.
Devoted to supporting exchange students
As a volunteer, I was a support person and my first student that I supported was also a challenging case. My children and I have learned a lot from these challenging cases.
Growing up with YFU and finding myself
And they welcomed my coming out and they supported me in a way I could not have expected: with love and compassion.
The need to understand each other motivates me to keep volunteering
Students need to not just learn from the media, but actually live in different families! YFU is not about the culture it is about the diversity that you can meet.
Abuelo
The big surprise was the news that Nina shared with us last March: she told us that she was expecting a baby,
A sweater odyssey
We were able to keep her from buying a T-shirt, but the clothes she brought would hardly warm her if it was below zero outside. 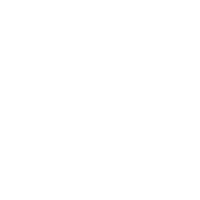